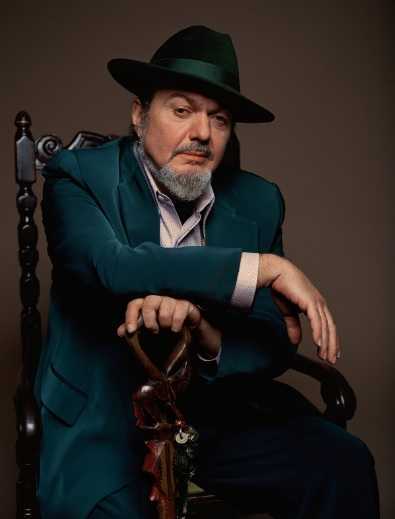 Dr. John, the stage name of Malcolm John was an American singer, songwriter, pianist, and guitarist whose music combined pop, jazz and rock, and roll. He had recorded more than 20 albums in his life. He was inducted into the Rock and Roll Hall of Fame in March 2011.

What is Dr. John famous for?

– Famous as the six times Grammy award winner, a session musician, and for his hit albums “Gris-Gris” and “Right Place Wrong Time”

When was Dr. John born?

Dr. John was born on 20th November 1941 in New Orleans, Louisiana, US. His nationality was American. His birth name was Malcolm John Rebennack. Scorpio was his zodiac sign.

He was born to Malcolm John Rebennack Sr.(father) and Dorothy Rebennack(mother). He had no siblings. His family had a music background.

He was raised in his hometown, New Orleans. Since his childhood, he was interested in learning music as he was inspired by his family. He left his studies in grade 11 to become a blues piano player at the age of 16. His father took him to the recording rooms of rock artists.

He began to perform as a musician at the age of 13 years.

– Dr.John started his career as a musician when he gigged with local bands like The Skyliners, The Loafers, and Frankie Ford in 1950.

– His career as a guitarist was stunted, when his left hand was injured by a gunshot in 1960 but he used guitar before making piano as his main instrument.

– In 1963, he started to involve in illegal activities in New Orleans as he sold Narcotics and ran a brothel. So, he was arrested and sentenced for two years after then he went to Los Angels.

– In Los Angels, he became a session musician in the 1960s and 1970s and became the part of “Wrecking Crew” stable of studio musicians.

– “Gris-Gris” was his first debut album that made “Dr. John” famous after it’s release in 1960. The album represented his form of “Voodoo Medicine”. It ranked 143rd on Rolling Stone′s “The 500 Greatest Albums of All Time” list.

– He came to wider prominence in the early 1970s with a wildly theatrical stage show. Rebennack had recorded over 20 albums and in 1973 scored a top-20 hit with the jaunty funk-flavored “Right Place Wrong Time”, still perhaps his best-known song.

– His single from the album, “Iko Iko”, broke into the Billboard Hot 100 singles chart, reaching #71. He recorded Hollywood Be Thy Name live in Los Angels, California.

– He also appeared in several movies like: “The Last Waltz”, “Blues Brothers 2000”, “Yakety Yak”, “Take It Back”, “American Tongues”, “Candy Mountain”, and many others.

In 2013 Dr. John was awarded an honorary doctorate from Tulane University alongside His Holiness the Dalai Lama.

How was Dr.John’s personal life?

Cause of Death of Dr. John

The Six-time Grammy Award-winning blues musician, John passed away at the age of 77 due to a heart attack on Thursday morning 6th June 2019.

What was the net worth of Dr. John?

He had a luxurious lifestyle, earned through his albums.

How tall was Dr. John?

Dr. John had a height of 5ft. 9inches. He had a fair complexion with green eyes and brown hair.