Julianna Joy Gilmore shortly named Julianna Zobrist is an American Christian musician as well as an author. She performs a Christian pop style of electronic dance music. Until now, she has released two extended plays, The Tree (2009) and Say It Now (2012), with her first studio album, Shatterproof (2016). The album’s two singles, “The Dawn” and “Alive”, have charted on the Billboard magazine charts. Her genre is Christian pop and Christian EDM. She started attending piano lessons when she was seven years. She showed interest in music as well as writing poetry throughout her formative years. Additionally, she has performed at numerous charity and professional events, she had venues around the nation, including regular the appearance for Gucci, Burberry, Celine & NY Fashion Week. Her song-stirring rendition of “God Bless America” at the World Series, has met with Congress and two sitting U.S. Presidents, in addition to regularly speaking and singing before her many fans, having a die-hard group whom she affectionately calls the Color Kids. What’s more, she has been featured by top media across the globe including Forbes, Huffington Post, PEOPLE Magazine/ABC News’ “Celebrity Love Stories,” Beauty Atlas, PARADE, CBS, FOX News, Sports Illustrated, and more. Julianna also has a book titled  “pull it off” published on September 18th, 2018.

Ex-Cubs player Ben Zobrist says wife Julianna had an affair with their pastor; sues him for millions

Ben Zobrist, the former Chicago Cubs utility player, and 2016 World Series MVP, has filed a lawsuit accusing his former minister of having a sexual relationship with his wife Julianna and defrauding Zobrist’s charity foundation. Ben Zobrist claims his wife was having an affair with their pastor, according to court documents. Zobrist also accused the pastor, identified as Bryon Yawn of defrauding his charity foundation. He is seeking $6 million in damages from Yawn, the CEO of a Nashville-area business-consulting firm, according to the newspaper. Yawn is a former pastor at Community Bible Church in Nashville, where the Zobrist’s began attending church in 2005. Ben Zobrist paused his 2019 Cubs season for about four months as he and 36-year-old Julianna Zobrist, a contemporary-Christian singer, addressed their marital problems. Yawn began charging hourly rates than proposed a yearly salary of $36,000, according to the lawsuit. It states that he allegedly used the position to get close to Julianna Zobrist as they worked on the charity’s social media presence. The lawsuit stated Yawn and Zobrist’s sexual relationship began in 2019 and lasted for about a year. During which, the pair used “burner” cell phones to communicate. In the lawsuit, it stated that Yawn’s wife first discovered Yawn and Zobrist’s communication on one of the phones.

What is the Nationality of Julianna Zobrist?

Born with the real name of Julianna Joy Gilmore, her born date is 5th October 1984. Her place of birth is Orlando, Florida, the USA. Her present age is 36 as of 2020. About his parents, she is the daughter of Pastor Jeff (father) and Cheryl Gilmore (née Kauk) (mother). She was born as the fourth child of six to her parents. She grew up and raised with her siblings; her elder siblings are Liz, Rosie, and Jeffrey Paul, and her two younger siblings are Caroline and Jonathan for seven years before her father took a position in Iowa City, Iowa at Parkview Church. She holds American nationality and her ethnic background is American-White. Libra is her Zodiac sign and her religion is Christian.

Concerning her educational background, Julianna attended Heritage Christian School. While in high school at Iowa City High School, she became enamored with fashion. She relocated to Nashville, Tennessee, for her collegiate studies at Belmont University, where she would enroll in the fall of 2003, graduating in May 2007 with her baccalaureate in commercial voice.

How was the Music Career of Julianna Zobrist?

Who is Julianna Zobrist married to?

Julianna Zobrist was a married woman. She tied a knot to her husband, Ben Zobrist in the year 2005. By profession, her spouse, Ben is a Major League Baseball Player. The married couple was also blessed with three children; a son named Zion and two daughters named Kruse and Blaise. Her sexual orientation is straight. Her husband, Ben Zobrist filed for legal separation in Tennessee in May 2019, citing “inappropriate marital conduct”, on the same day that Julianna Zobrist filed for divorce in Illinois. Ben Zobrist’s filing contends that his wife “has been guilty of inappropriate marital conduct which renders further cohabitation impossible” and is asking for a dissolution of their marriage and a permanent parenting plan. However, Julianna did not give any reasons for seeking a divorce in her petition. Julianna has hired Berger Schatz attorney Karen Krehbiel who represented billionaire hedge fund CEO Kenneth Griffin in his split with Anne Dias Griffin in 2014. The couple’s divorce is not official yet, however, they are living separately for now. Looking at the situations between the couple they surely will separate in the future.

How much is Julianna Zobrist Net Worth?

As of 2021, the net worth of Julianna is estimated to have $1 Million which she accumulated from her music career which is her major source of wealth. Her salary is around $50K-$500K at present. Whereas Ben Zobrist’s net worth is $52 Million from his successful career in MLB. As they talk about the divorce between the MLB star and the singer is going viral, many of their followers want to know about their actual net worth after their divorce. If the divorce papers between the two stars are officially signed, there will be a significant rise in Julianna’s net worth. She is all set has an estimated net worth of $10 million after her divorce on a condition if most of Ben’s property is divided between the two. If not she probably will pocket in $3 million to $4 million as well as become the owner of the North Center’s mansion which is registered after the two. She is living a standard lifestyle as of today.

How tall is Julianna Zobrist?

Beautiful musician, Julianna Zobrist stands at an accessible height of 5 ft 7 in and she has well-maintained body weight with appreciable body measurements. She has got a very seductive body luring a lot of people towards her. She has a pair of blue eyes with blonde hair. Many people like her for her charming personality and she has impressed millions of viewers through her amazing singing skills. She has established herself as a successful musician. 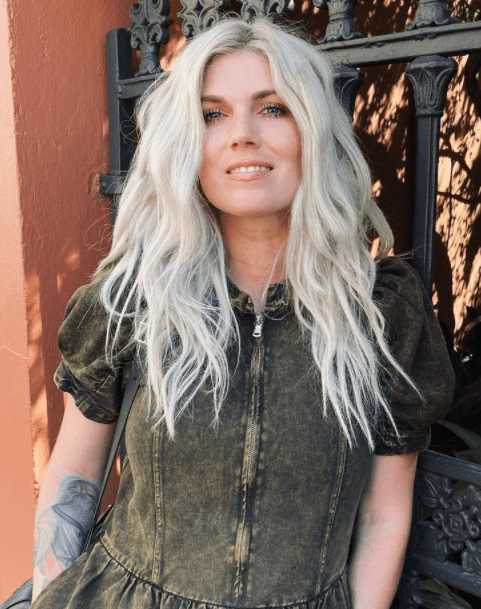