Melvin Noble famed in the music industry with the name “MO3” was a famous singer, recording artist as well as a songwriter who rose to fame after the release of his album Shottaz Reloaded. He’s had success from his hit “Hold Ya Tongue”, which accumulated over one million hits on YouTube as well as his song “All The Way Down”, which landed on 97.9 The Beat. He is best known for his 2018 hit single “Errybody”, which has been streamed millions of times. He opened for rapper Boosie who later cosigned him and made his career take off. He was deemed the most listened to Dallas rapper on Spotify by Complex’s Pigeon’s & Planes blog. He has since released five more albums since his debut album. His latest album, “Badazz MO3,” came out this year.

Dallas-based rapper Melvin Noble aka Mo3 has died after being shot by a suspect who chased him on foot on Interstate-35E Wednesday, sources close to the investigation told CBS 11 News. Police said the incident began as the victim was traveling on northbound I-35E at Clarendon Drive just before 12 p.m. A suspect got out of a vehicle armed with a gun and began approaching the victim’s vehicle, according to police. Police did not say if the vehicles had been stopped. Police said the victim, who sources identified as 28-year-old Noble, also got out of his vehicle and began running southbound on the freeway. The suspect chased the victim and fired multiple rounds at him, striking the victim at least once, police said. According to police, an innocent bystander who was inside his vehicle was also struck by the gunfire. Both victims were taken to a hospital, where sources said Noble was pronounced dead. No arrests have been made as police continue to investigate. Crime Stoppers is offering a $5,000 reward for anyone with information leading to an arrest in this case. 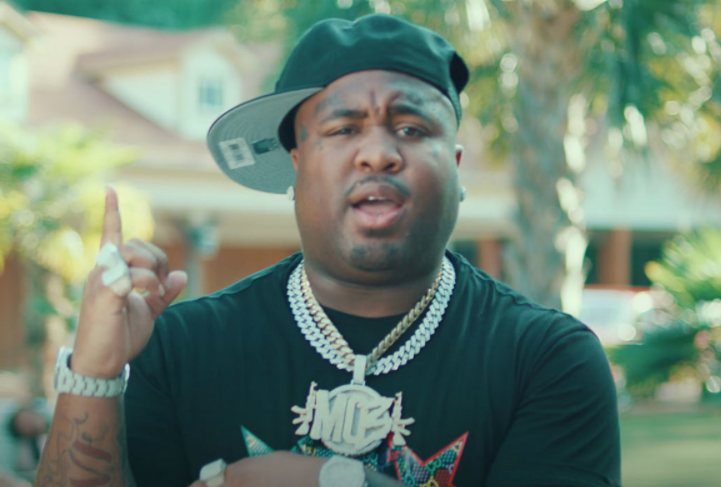 What was the Cause of Death of MO3?

MO3 was shot the morning of 11th November 2020, while driving on the highway near the Texas city, Urban Islandz reports. MO3 was shot on 11th November 2020. Multiple sources confirmed with Urban Islandz on Wednesday that he was driving on a busy freeway when another car pulled up next to him and started spraying his vehicle with bullets. The shooting caused a melee on the highway with other motorists scrambling to get away from the scene. The local rapper’s car ultimately crashing into the concrete barrier before coming to a halt as per Urban Islandz. He was reported to have been shot in the head in December 2019, but VladTV later reported the shooting was staged for Instagram. The suspect, described by police as an “adult Black male,” got out of his car and approached Noble while he was sitting in a car. Noble exited the vehicle and began running south on the freeway while the suspect chased him and fired multiple rounds at him, according to the police. He was struck multiple times before the suspect fled in a dark-colored sedan. Noble was transported to a local hospital where he died of his injuries, police said. The suspect remains at large.

What was the Real Name of MO3?

On 31st May 1993, rapper MO3 was born in Dallas, the USA with the real name/full name of Melvin Noble. He holds the American nationality and he belonged to American-African ethnicity. His race was black. He lastly celebrated his 27th birthday as of 2020. Gemini was his Zodiac sign and his religion was Christian. He grew up in Dallas, Texas, with his mother who barely made enough money to pay the bills and put food on the table. Whereas the details regarding his father’s name, siblings, the educational background has not been publicized by him.

How was the career of MO3?

Who was MO3 married to?

MO3 was a married man. Details regarding his wife is still a mystery as he has not mentioned anything about it to the media. According to a Flaunt.com interview, he did in March 2020, about being signed to Boosie Badazz’s label, he is a father to three beautiful children. Prior to his death, he was living a happy life with his wife and kids. His sexual orientation was straight and he was not gay.

What is the Net Worth of MO3?

MO3 was a famous rapper with awesome singing quality. The net worth of this famous rapper was estimated to have $3 Million at the time of his death. But the details about his career earnings, wealth, income, and more have not unfolded yet. His major source of wealth comes from a singing career. He had made a huge amount of money during his career span.

How tall was MO3?