What is Princess Beatrice Famous for?

Who is Edoardo Mapelli Mozzi?

When and Where was Princess Beatrice Born?

Princess Beatrice was born on August 8, 1988, at Portland Hospital, London, England. She was born as Beatrice Elizabeth Mary. Her nationality is British. She belongs to White ethnicity while Leo is her zodiac sign.

Born in a royal family, she was baptized in the Chapel Royal at St. James’s Palace after four months of her birth on December 20, 1988, while her name was not announced until almost two weeks after her birth.

Beatrice joined Goldsmiths College in London to study a three-year course for a BA in History and History of Ideas in September 2008. Later in 2011, she graduated with a 2:1 degree(undergraduate degree).

Besides, she was even diagnosed with dyslexia at the age of seven because of which she had to delay her GCSE exams for a year. 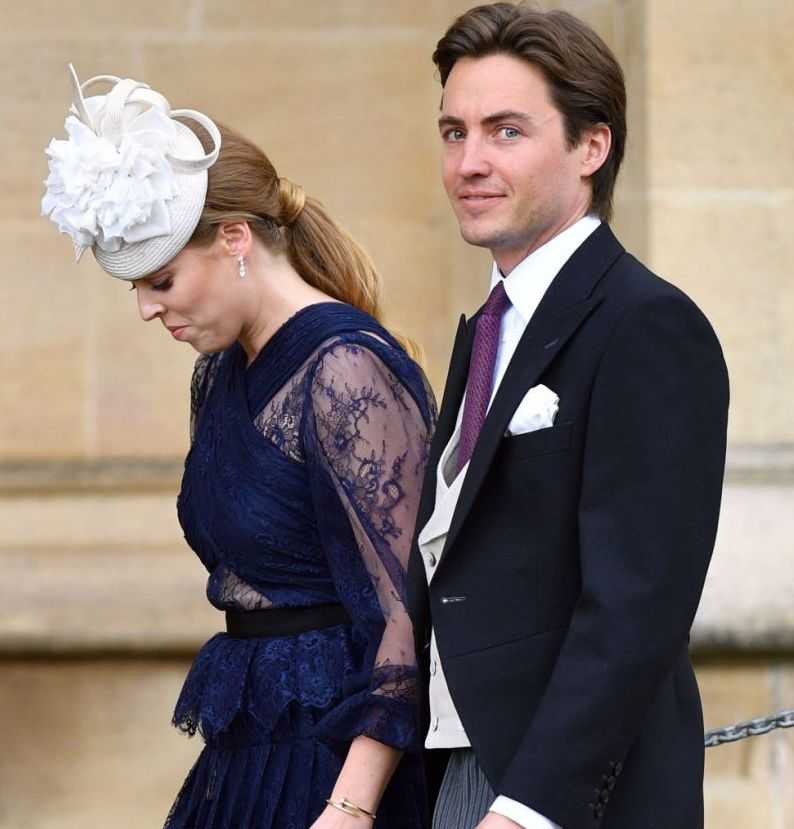 Who is Princess Beatrice Engaged to?

Princess Beatrice is currently in a relationship with Edoardo Mapelli Mozzi, a multi-millionaire Italian count and a British property developer. Mozzi is the son of Count Alex Mapelli-Mozzi, a former British Olympian. The couple began dating since 2018. They even attended their first official royal family event together at the wedding of Beatrice’s second cousin.

The couple got engaged in Italy earlier the month os September 2019 as announced by the Duke of York’s Office on September 26, 2019.

Belonging to a royal family, Princess Beatrice’s fiance, Mozzi designed her expensive bespoke platinum and 2.5 karat diamond engagement ring with the main diamond 0.75-carat baguette diamonds on the side are all from Botswana.

Previously, Beatrice was in a relationship with Paolo Liuzzo in 2006. Liuzzo is an American who has been previously charged for assault and battery that had caused a controversy at the time.

Beatrice also was in a relationship with Dave Clark, a Virgin Galactic businessman for ten long years. However, they broke up in July 2016.

Who is Princess Eugenie?

What activities has Princess Beatrice Done as the Princess of York?

Princess Beatrice has done several activities for her people that brought a great change in society.

After her graduation, she started working with a paid internship at “Sony Pictures”.

Beatrice is the vice-president of Partnerships and Strategy at the software company, Affiniti.

Beatrice began supporting “Springboard for Children”, a literacy project, and the “Teenage Cancer Trust” since 2002 when she was just 14.

Beatrice became the first member of the royal family to complete the London Marathon after she ran for raising money for “Children in Crisis” in April 2010.

She is also the patron of “Forget Me Not Children’s Hospice”. 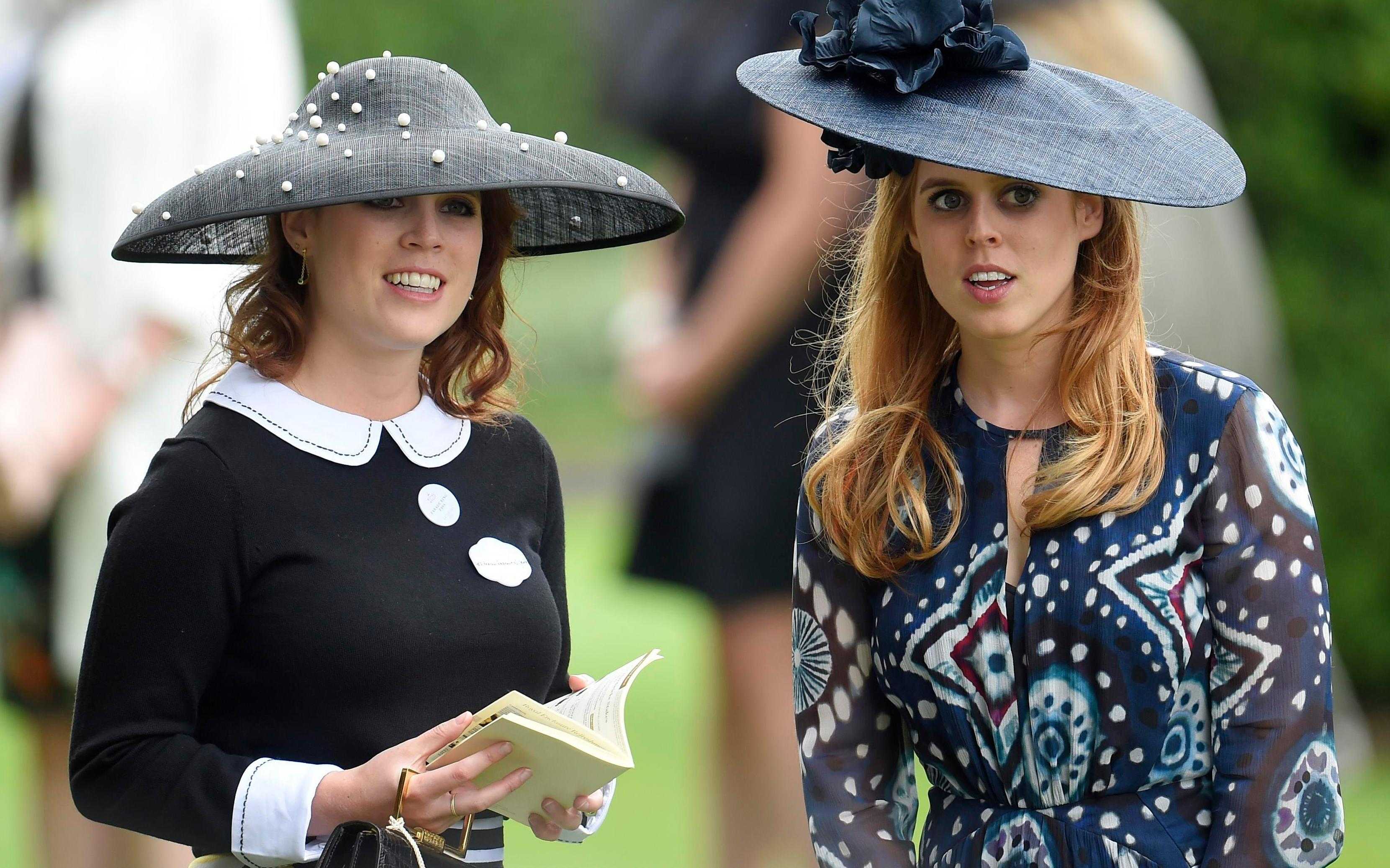 In the 2012 Summer Olympics, Princess Beatrice welcomed the Olympic flame on the steps of Harewood House near Leeds

Beatrice along with his sister promoted Britain overseas in Germany in 2013 and visited the Isle of Wight in 2014.

Beatrice became a patron of the York Musical Society in November 2012.

Later in April 2013, she became the royal patron of the Helen Arkell Dyslexia Centre.

Beatrice along with her mother, Sarah, and sister, Princess Eugenie collaborated with Teddy M, an artist to create first-ever royal graffiti in 2016.

Beatrice is the founder of “Big Change”, a charity that she established together with her friends with the main motto to develop skills of youth.

Beatrice promoted the anti-bullying book, “Be Cool Be Nice” in 2017 and shared her experiences about being bullied for her fashion choices earlier.

Later, she was named as one of the best-dressed royals by Hello! magazine in 2017.

In March 2019, Beatrice got elected as a trustee to the board of the UK charity, “The Outward Bound Trust”.

Princess Beatrice was honored at a gala in New York City for her work with “Friends Without a Border” in May 2019.

Has Princess Beatrice Appeared in Movies?

Princess Beatrice has appeared in several movies and TV shows. Beatrice appeared in the film, “The Young Victoria” with the small role of Lady in Waiting in 2009. In 2011, she made her first TV show debut through the talk show, “Today”.

What is the net worth of Princess Beatrice?

Princess Beatrice though belonging to a royal family has her profession and earning as well. Even after the divorce of her parents, Prince Andrew, and Sarah Ferguson she and her sister received around $4 million. Her estimated net worth is supposed to be around $4.6 million.

Beatrice has a great living lifestyle. She wears an expensive dress, hats, and shoes thus she was even named as one of the best-dressed royals by Hello! magazine in 2017. With all the fortunes in million dollars, Beatrice has managed to live a lavish and luxurious lifestyle with the royal luxury as well. 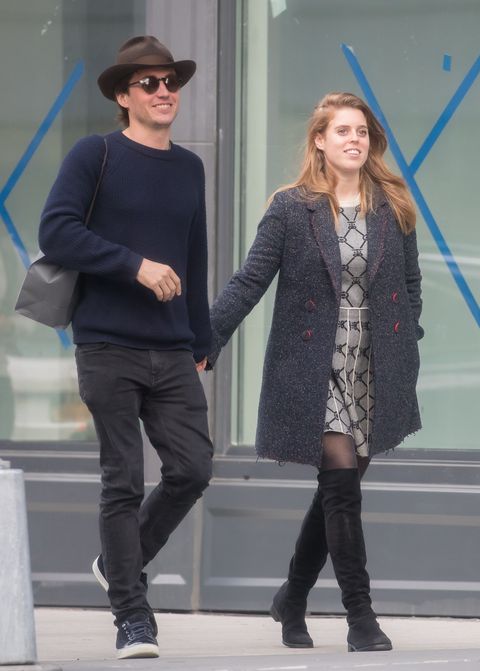 How tall is Princess Beatrice?